Marketing’s History & Where We are Headed Next 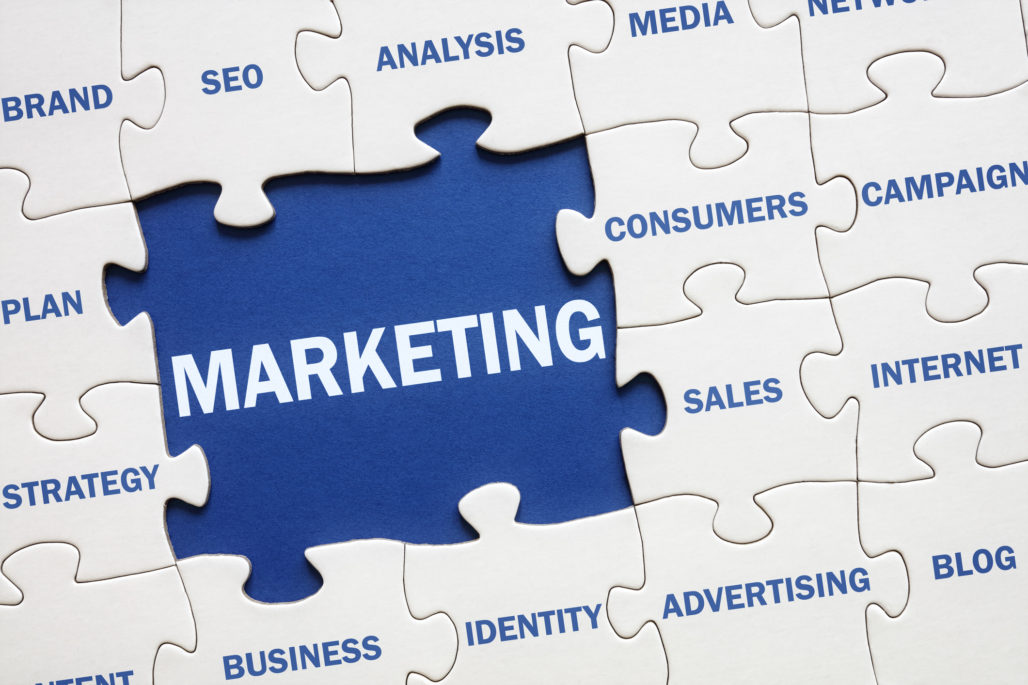 The Emergence of New Mediums

The marketing landscape is evolving rapidly with the ability to impact consumers from every angle. Until recently, marketing consisted almost entirely of “outbound marketing.” Outbound marketing interrupts the consumer, talking AT them, instead of with them. In the early 1920’s we saw the birth of the ‘Salesmen’ and the ‘sales pitch.’ This forceful approach to sales involved men actively pursuing sales and talking the consumer into purchasing an item… even if they didn’t really need it. And in 1922, radio advertising enters the marketing industry. By 1933, 55.2% of U.S. homes listened to the radio, making it the first marketing strategy with a customer reach this significant. Not long after, we figured out how to advertise via television with the first recorded use of television advertising happening in 1941. It  showcased a commercial for Bulova clocks and reached 4,000 television sets.

Marketing reaches its adolescent years in the 1950s, with more mediums presenting more opportunities for marketing than ever before. Television ad revenue started to surpass magazine and radio as sales with radio ad revenue decreased by 9% in 1954. The accessibility of consumers  forced companies to start looking at what customers wanted to buy, rather than trying to talk them into buying useless items. This need brought the area of market research to the forefront of the industry, a tool that we still value today. Towards the end of this era of marketing, telemarketing arrived as a common tactic to reach new consumers.

Print media started to feel the financial pinch of outbound marketing in 1972. This shift towards digital marketing caused Time Inc. to shut down Life magazine after 36 years. Time Inc. cited competition from television, and the prospect of postal rate increases as factors in its demise.

From cell phones to personal computers, 1973 – 1994 saw new emerging technologies continue to change the marketing landscape. This enabled new forms of marketing to gain strength and maturity. We also saw salespeople taking values from the sales era and altering their pitch not to push one single sale, but to build a relationship between the company and their customer. The Relationship Marketing Era is when we start to see the tradition of customer recommendations and return customers begin to be valued.

On April 3, 1973, Motorola researcher Dr. Martin Cooper made the first hand-held mobile phone call. Then, IBM Corp. introduced the first personal computer. Apple introduced its mega-successful Macintosh, launching it with an epic Super Bowl commercial, directed by Ridley Scott in 1984. The ad cost Apple $900,000 to create, but this era of new technology allowed the ad to reach 46.4% of American households.

Pitfalls of the New Digital Era

Even though print advertising began to see a decline in previous years, the advent of desktop publishing and personal computers made print advertising even more manageable, leading to a new explosion in this form of marketing. Newspaper ad revenue reached an all-time high of $25 billion in 1985. The newspaper’s success was short-lived when TV displaced newspapers as the nation’s most prosperous ad medium from 1990 – 1994. From then until 1998, total advertising revenues on cable television grew from $2.4 billion to an estimated $8.3 billion.

The wave of the internet is slowly growing behind television’s newfound success. In April 1994, Phoenix law firm Canter and Siegel advertise their services by posting a message on several thousand newsgroups, likely making this the first automated, large-scale commercial example of spam.

This period, commonly referred to as “The Bubble,” saw new technologies continue to emerge and become adopted by broad audiences. Mobile phones gained popularity, and the Internet became a viable tool for commerce, opening the doors for an explosion in marketing.

Search engine Ask.com launched in 1997, helping users find the information, products, and services they desire. In 1995, the number of people using the web and searching was only 0.4% of the population, about 16 million people. By December 1997, that number skyrocketed to 70 million. The first use of the term “Search Engine Optimization” was at a multimedia marketing group by John Audettes. At this time, search algorithms relied on webmaster-provided information like metadata, keyword destiny, and other on-page factors. Finally, in 1998, Google entered the search engine game and launched Google Analytics in 2005. Demand for this innovative service was so high that Google suspended new signups after just one week. Google Analytics became fully available in 2006. Today, 57% of all websites utilize Google Analytics, giving it a market share of 80.8% in traffic analysis tools.

By 2000, the tech bubble burst, with the NASDAQ index showing a 500% increase in tech-related growth.

The Age of Inbound Marketing

The Internet begins to enter a new age after the dot-com bubble burst, characterized by a greater emphasis on information sharing, user-centered design, and collaboration. This new trend led to consumers engaging with brands in new ways. Instead of merely pushing advertising at consumers online, the benefits of creating value for customers and earning their business begins to take hold. Inbound marketing cost 62% less than outbound marketing and also helps companies build relationships with customers

With new doors opening for marketers, consumers became even more disillusioned with invasive outbound marketing tactics. The Federal Trade Commission opened the National Do Not Call Registry in 2004. Over 200 million Americans are registered on this list today. Additionally, by 2010, over 90% of all emails consumers receive are spam.

The invention of the DVR caused some advertising hurdles for television in 2011. About 42% of U.S. households own a DVR, granting them the ability to skip nearly any commercial.

Finally, we saw a new trend emerge via social media and blogs. Marketers have increased their social media budget by 64% in the past few years. Marketers know that social media equals real customers and leads! 89% of Internet users browse and research products online. Plus, 84% of users will make at least one purchase per quarter. These new channels allow marketers to reach nearly every target customer with very few inhibitions. An increased efficiency in online shopping helps companies reach endless consumers. And consumers have access to almost any brand imaginable.

This brief history of the marketing industry shows that unless your companies and brands are evolving, it’s easy to grow stale. As the marketing profession evolves in this data-driven era, one thing is abundantly clear: marketing can no longer operate and survive in a silo and be left in the dark until the sales teams need something done. Marketers must be measuring the effectiveness of their efforts and gaining insights on how a lead moves along the pipeline.